Earlier this year we announced end-to-end encryption (E2EE) support for Microsoft Teams Calls. Today we are pleased to announce that we’re starting to roll out E2EE for Teams calls to public preview. Once you receive the latest update, IT admins in your organization will have the option to make the feature available for you. Here’s an overview of how E2EE for Teams calls works, details around how IT Admins and users can turn it on, and how it is implemented.

End-to-end encryption, or E2EE, is the encryption of information at its origin and decryption at its intended destination without the ability for intermediate nodes or parties to decrypt.

We’re rolling out this preview of E2EE for unscheduled one-to-one calls today. When both parties in a one-to-one call turn on E2EE, the communication between those two parties in the call is encrypted from end-to-end. No other party, including Microsoft, has access to the decrypted conversation.

With this release, only the real-time media flow, that is, video and voice data, for one-to-one Teams calls are end-to-end encrypted. Both parties must turn on this setting to enable end-to-end encryption. Encryption in Microsoft 365 protects chat, file sharing, presence, and other content in the call. For more information, see Encryption in Microsoft 365.

How can IT Admins, make E2EE for Teams one-to-one calls available for their organization?
In the IT Admin modern portal, under Enhanced Encryption policies, set which users in your organization can use the enhanced encryption settings in Teams. You can use the Global (organization-wide default) policy and customize it or create one or more custom policies and then assign them to users just like you normally set other policies. You can also use group policy to assign a policy to a group of users. 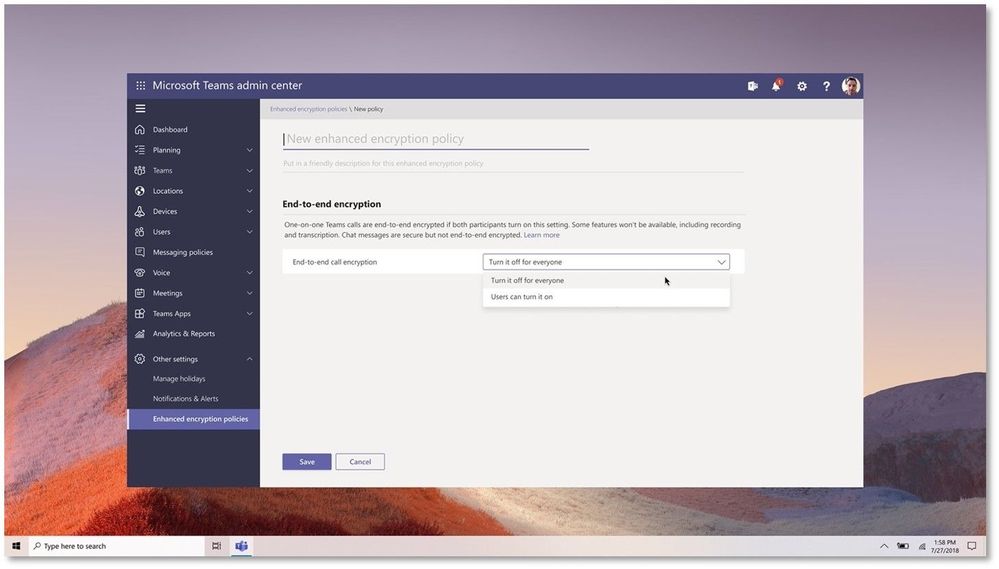 How can the two parties confirm they’re on an end-to-end encrypted call? 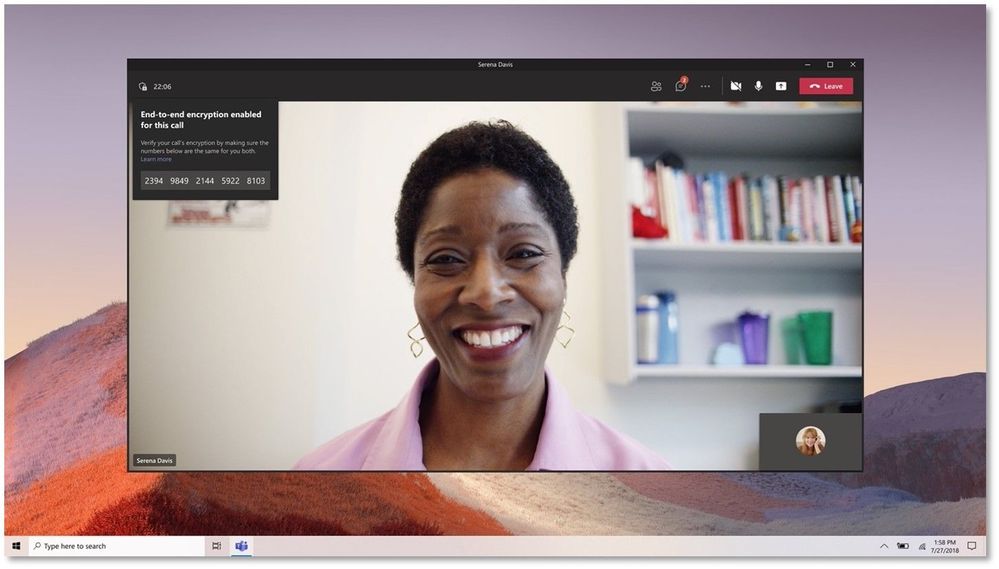 If IT Admins don’t enable E2EE or users don’t turn on the setting, does that mean Calls and Meetings in Microsoft Teams aren’t secure?

If you haven’t enabled end-to-end encryption, Teams still secures a call or meeting using encryption based on industry standards. Data exchanged during calls is always secure while in transit and at rest. For more information, see Media encryption for Teams. 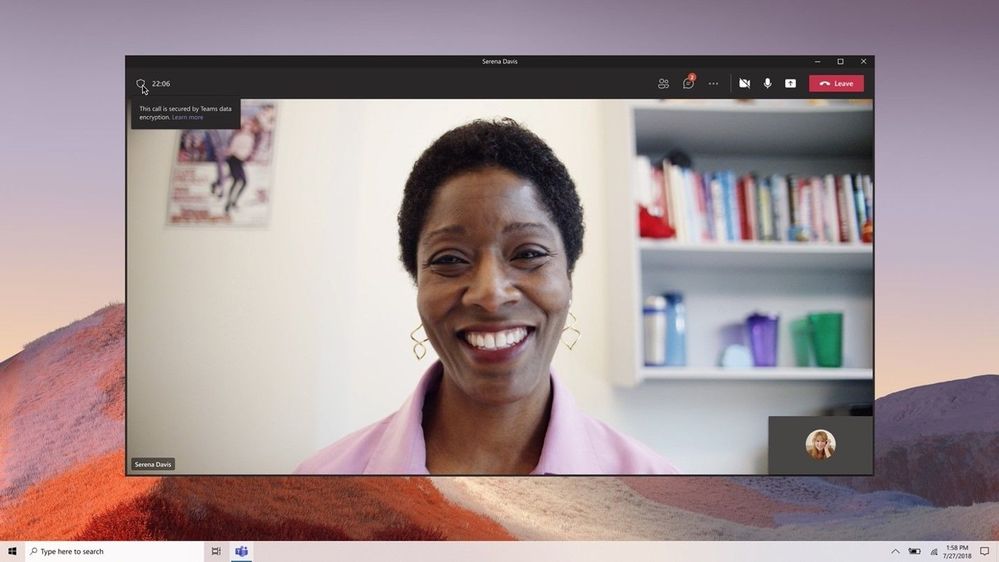 Does this capability only exist in Teams Desktop?

End-to-end encrypted calls can be made between two parties when the parties are using the latest version of the Teams desktop client for Windows or Mac, or they are on a Mobile device with latest update for iOS and Android.

Does turning on end-to-end encryption on one device also turn it on for all my devices?
Yes, the setting will be synchronized across supported end points.

How do I enable end-to-end encryption from Mobile?
By following these steps:

How do I verify that I’m on an end-to-end encrypted call on Mobile?
The mobile call also shows a lock + shield icon. Tap on the encryption indicator to reveal the 20-digit security code for the call. Just like the desktop app, both the caller and callee can verify that the code matches to ensure that both parties are on an end-to-end encrypted call.

In normal call flows, negotiation of the encryption key occurs over the call signaling channel. In an end-to-end encrypted call, the signaling flow is the same as a regular one-to-one Teams call. However, Teams uses DTLS to derive an encryption key based on per-call certificates generated on both client endpoints. Since DTLS derives the key based on client certificates, the key is opaque to Microsoft. Once both clients agree upon the key, the media begins to flow using this DTLS-negotiated encryption key over SRTP.

Is Chat also end-to-end encrypted during calls that are E2EE?
Chat for end-to-end calls is secured by Microsoft 365 encryption.

Can I turn E2EE on or off if I need to take advantage of features that are disabled in E2EE calls?
Absolutely, if you need these features in a call, go to Settings, and turn end-to-end encryption off the same way you turned it on.

That's our overview and how-to for end-to-end encryption for one-to-one calls in Teams. Try it and let us know if you have any feedback. Remember to check for updates to make sure you have the latest client so you can turn on the feature after your IT admin has enabled it for you. Enjoy!

Find me on LinkedIn